this tree.  gnarly and twisted and wrinkly. it looks a little halloween-esque at dusk and could be downright scary in the dark of night.  it’s seen so much life, so many decades and its lifeblood travels throughout the healthy tree, bringing and sharing nutrients.  home to insects and small creatures, it provides shade for the vegetation beneath it.  it’s not just an old tree and it’s not the picture of what we think of when we think of a beautiful tree.  but it is.  beautiful.  you just can’t judge a book by its cover.  my sweet momma always said that.

momma would look in the mirror and talk about the wrinkles on her face and how “old” she looked.  in her wheelchair she could appear to be meek, wrestling with difficulties and just an old woman.  but that was so not so.  she had seen much life.  she was home to my dad, me and my sister and brother, our families, extended members as it fanned out the branches of our family tree, her friends.  she provided warm words and kindnesses to all around her, strangers among them.  she was beautiful.  every last gorgeous wrinkle.  you just can’t judge a book by its cover.

we had a black lab years ago, one of a few in our family history, when The Girl and The Boy were little. his name was hughie and he had at least 47 allergies.  he was treated for many of these and we tried to address the auto-immune disease he had as well, but he lost most of the hair on his body.  he looked gnarly and rough and wrinkled.  as a lab with little hair, he looked scary to those who did not know him.  he struggled and, even in his discomfort, was gentle and sweet, a learning for The Girl and The Boy, who were his and, despite his outward appearance, knew what was inside.  he was not the picture of what we think of when we think of a beautiful dog.  but he was.  beautiful.  you just can’t judge a book by its cover.

inside.  beautiful.  how hard is it to always remember that?  you just can’t judge a book by its cover.

as much as possible. then and now.

we took the back roads home from indiana. we are #backroadpeople as many chances as we can get. with a slice of miles of highway on each end, we bookended farm fields and small towns, tall brown corn stalks, tractors, farmhouses and barns that looked like old schoolhouses. we were in our glory and happy to avoid the plethora of orange barrels and one-lane distractions on the interstate.

we stopped at a bp station in watseka, illinois to get gas. i pulled up and was surprised by the young man (uh-oh, i am definitely getting older) who came to the window to ask if he might help us. now if i were in new jersey, i wouldn’t have been surprised…they pump the gas for you there – it’s a law. but wisconsin and illinois and indiana? no such law. we asked to “fill it up, regular” – words i hadn’t uttered in decades and he politely took our credit card and started to pump the gas. moments later, we were further stunned when he came around the front of the car to clean the windshield. yes! clean the windshield. what??

when he was done, i told this really polite young man that it had been decades – literally decades – since someone had cleaned the windshield while my gas was pumping. i asked if all the stations in town did that. he replied that it was just this one. his boss had owned the station for years and years and that was how he did it “in the old days” so he “wanted it to stay that way.” amazing! the gas was no more expensive than any other station in that little town, so he was absorbing the extra cost. it made all the difference to us. a little old-fashioned goodness. perfect.

a couple of days ago the girl texted that she had carved pumpkins.  the time spent on designing and carving out a face on a jolly orange pumpkin is pure joy…not to mention the pumpkin seeds, if you bake them. a little old-fashioned goodness.

two days ago the boy sent me a text that said, “making apple pie.”  i was amazed! he later sent a picture to prove it. it was scrumptious looking. a little old-fashioned goodness.

the boy and the girl brought me to an enormous bank of memories i got lost in…all the fall things…apple-picking, pumpkin farms, hayrides, bonfires, marshmallows, crunching leaves under your feet, walking in the woods, pie-making, big sweaters and boots, the return of slipper-nights, the smell of burning leaves, hot cocoa…

there’s this fall thing i experience every year…a melancholy…

…i find myself spending time recalling long island falls: time in the car driving upstate to apple farms with my mom and dad, time picnicking in a park out east surrounded by the colored leaves my mom adored, time after school on the couch drinking tea and eating chips ahoy cookies after school with my sweet momma, apple-pie-making and cookie-making with friends, pumpkin-carving, leaf-raking, costume-rummaging, candy-gorging, by-the-fire-sitting, the waning sun, the days the sky and the sound were the same color…

and time when the boy and the girl were little: the trips to jerry smith’s pumpkin farm, apple pies, baseball and soccer games under blankets, sewing to the last second to get costumes done and later, scrounging to the last second to get costumes put together), the squishing of feet into old boots, the new snowsuit jacket quests, the hunts for matching mittens and gloves in all the places they may have gone…it’s all the old-fashioned goodness stuff….

the old-fashioned goodness stuff….not the stuff of the past, but i think the stuff that the past has taught us…the stuff that warms us, comforts us, renews us, makes us whole… 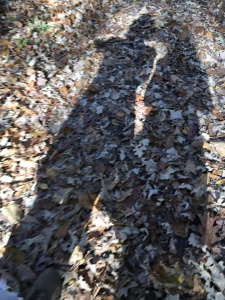