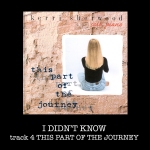 yesterday, the senate passed the Music Modernization Act, a complex bill that is supposed to help songwriters in these days of streaming.  as quoted in one article questioning the feasibility of pushing through this bill as is:  “…niche labels and independent musicians face either a zero, or statistically insignificant, chance of a return on their investment through streaming. many report barely paying for a sandwich with their royalties.” (maria schneider, musicanswers.org) yes. creatives are still facing a grotesque misalignment of power and income despite an effort to supposedly be “helped”.

i didn’t know how vulnerable i would feel each time i released a collection of my soul, turned into tracks of music.

i didn’t know how grateful i would feel each time i stood on stage and spoke to an audience that was there to hear this music – my music.

i didn’t know how many stores, in the early days, would carry these cds (and cassette tapes, way back when), how many times i would be live on QVC-TV, how many radio interviews i would be relishing.

i didn’t know, through the years, how many thousands of cds would sell, how many boxes i would carry, how many wholesale shows or retail shows i would be present at or how many phone calls i (or wonderful people who worked with me) would make or receive, taking and shipping orders.

i didn’t know that the BMI royalty statements i was getting earlier would soon decline as our world and the internet changed them drastically.  the one i got two days ago for a period of the year included 59,000 performance counts and a $47.47 check.  streaming has made it unnecessary to purchase a physical cd or even pay for and download an artist’s music and so i agree with the writer who said: “streaming revenue for most independent musicians doesn’t even amount to pocket lint.” (m.schneider)

i didn’t know that the yearning inside me to compose and record more music to be released on cds would be stymied by the cost vs earnings debacle that has been created by an industry that doesn’t lift up the independent, while the behemoths remain behemoth.